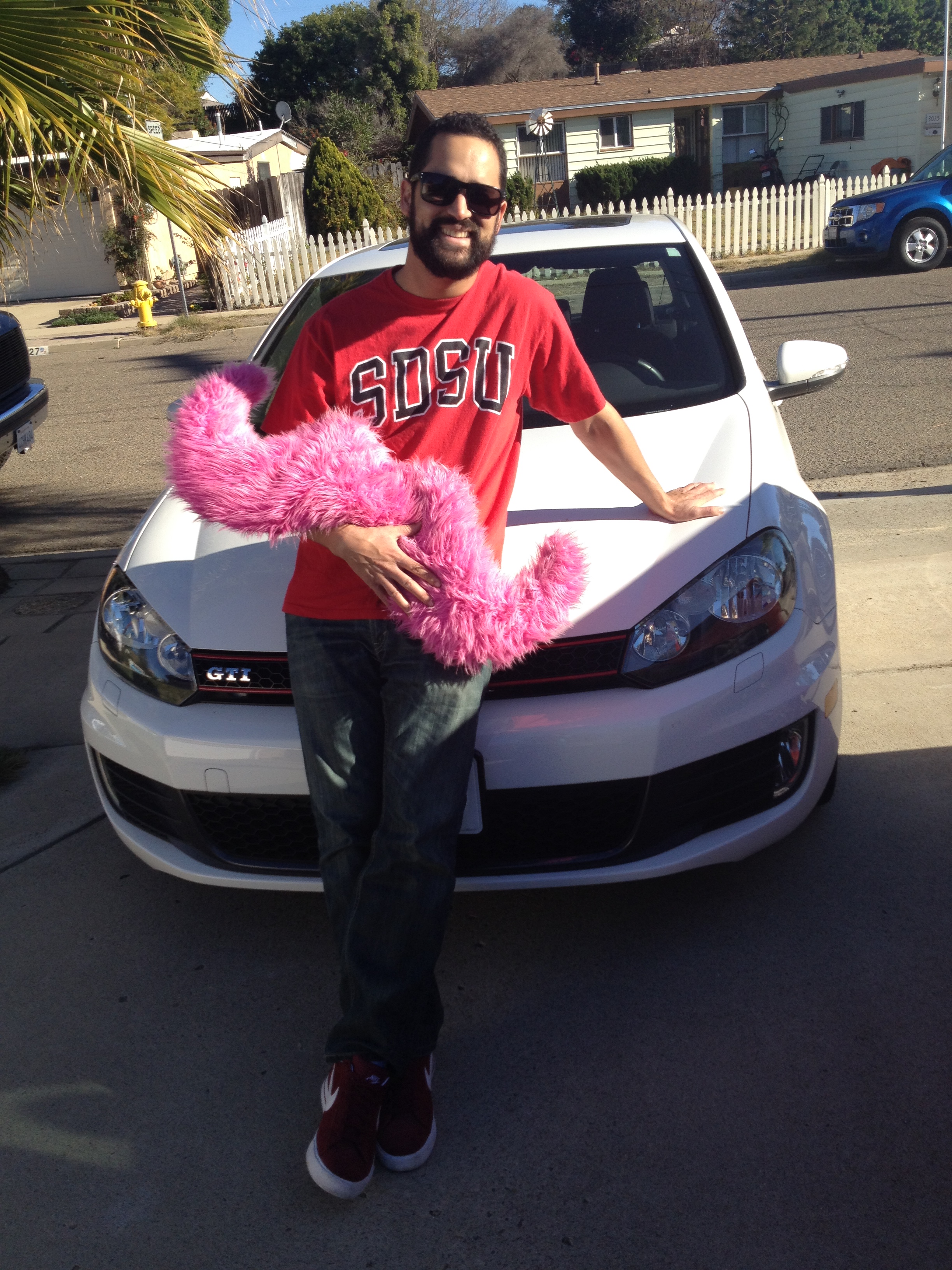 On my last trip home from the airport, I was trudging over to the taxi line as usual when a nerdy thought popped up… why haven’t I yet tried to hitch a ride with some of the new ride-sharing community services? I wasn’t in a huge hurry to get home, so instead of catching a cab, I picked up a coffee and downloaded the Lyft app to my iPhone.

Uber, Lyft, SideCar and RelayRides represent a new category of travel tools – the “sharing economy.” The services make their money by connecting people who have transportation with people who need a ride. RelayRides lets people rent its cars to other RelayRides members. Lyft (the cars with the fuzzy pink mustaches) and SideCar hook up drivers and riders for rideshare opportunities. Riders and drivers work out a “donation” (not a “fee” or “fare,” mind you), and the services subtract 20 percent of the donation for their own coffers. Uber specializes in fancy cars and limo services instead of taxis. They are more expensive than taxis, but users love the capability to summon a nice car to get where they need to go. You don’t even have to download the app – just text your address and someone will come get you. It recently expanded UBERx, its lower-cost alternative that puts it directly into competition with Lyft and SideCar.

About 2 minutes after I downloaded the app, I was able to see that there were two potential Lyft drivers who were about 15 minutes away. That seemed like a long time to wait, so I downloaded Uber, which showed zero drivers in my area. Humbug. So I went back to Lyft, and with a couple of screen clicks, a driver named Gabriel was calling to say he was on his way.

I get into taxis all the time with perfect strangers, but for some reason, summoning a stranger with his private car made me feel a little vulnerable. But I needn’t have worried. Gabriel was clean and friendly, and his car was shiny and white, and I breathed an internal sigh of relief. He picked up my bags from the curb and even secured them with little guards into his hatchback.

The ride was pretty uneventful except for the fact that I chatted about nerdy topics instead of burying my nose in my iPhone like I do on most taxi rides. He dropped me off (after sharing his car’s Instagram account), and I paid via the app, rating him five stars for overall awesomeness. The charge with tip was at least $10 cheaper than the regular taxi ride. Woohoo! The experience taught me that there’s absolutely no reason not to give these ride-sharing options a try, especially if you have to call for transportation anyway.

Legal Challenges to the Sharing Economy

The sharing economy is an interesting trend to watch because of the legal challenges. Lyft and SideCar are in trouble with the California agency that regulates taxi and limo services because it considers them passenger carriers and wants them to carry commercial-level insurance and liability policies. SideCar sued the city of Austin for banning ridesharing app services in the city. RelayRides carries a million-dollar policy for its members, but a member’s fatal crash that caused injuries that may exceed the insurance exposed the gray area of liability for peer-to-peer rentals. Like the other sharing-economy startups, Uber is fighting legal battles; but it continues to expand in the United States and beyond.

Legal issues aside, these services offer cost-effective (and super cool) alternatives to the standard transportation experience.

Do you know your nerds? Take the quiz!
How Net Neutrality Affects You