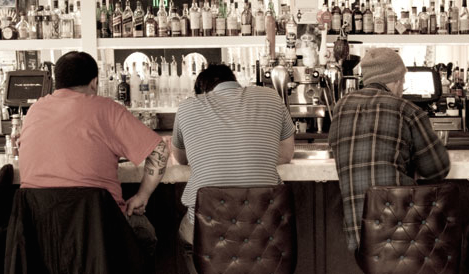 An American, a German and a Russian walk into a bar.

The American says, “Let’s all be friends. I’ll buy the next round!”

The German and the Russian smile awkwardly and go back to their phones.

They don’t speak English, so…

But then the German yells out a happy “Heiliger Strohsack!” and starts pointing to an app on his phone. He gestures for everyone to download Microsoft Translator, and within seconds, the three are all using the instant translation feature.

I guess Microsoft Translator has been around for a while, but three days ago they made game-changing improvements that will help all of us immediately. Nerdy tech folks call this technology “deep learning,” and it means that technology is becoming smarter than you are.

The conversation feature lets someone set up a “room” for chatting. You just put your first name and choose the language you speak (right now they have 10 languages for speech/text translations, with another 48 that translate text only). To interact, you press the microphone and start talking. Your colleagues can see what you’re saying instantly translated on their screens.

I recommend downloading it right now and trying it out for yourself. It’s simply awesome. But if you don’t have time to try it now, watch their overview and be amazed.

I can’t tell you how many ways this can be helpful. My sister’s a teacher, and she has kids who speak absolutely no English. She could loan them a gadget (phone, tablet or even online), and they could keep up without feeling left out. It’s great for one-on-one chats, virtual meetings, sooooo many things.

The app also lets you snap a picture of text to see a translation (Google Translate uses augmented reality to do this), plus you can speak into the app and it will speak out the translated phrase. A quick toggle switch will let your conversation partner answer you on your device in her language, and you’ll hear the translation in yours.

Best Apps for the New Year
Augmented Reality for kids