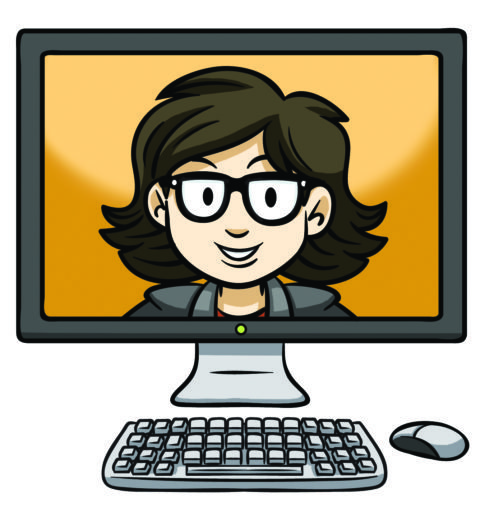 Note: This is part of a 3-Post series on the tools I used to create one of my best presentations ever. Check out the Video Magic and the Design posts as well.

The American Society of Association Executives is the association of associations… in other words, the people who attend this event are the people who hire people like me! So every year when I attend, I try to up my game in terms of content, graphics, activities and more. This year I created a program called “From Hurricanes to Heart Attacks: Apps for Emergencies,” and, well, I think I outdid myself, if I may brag a little.

Temi and Rev for Video Captioning

If you spend time making cool videos to share on social media, you HAVE to invest a little more time into closed captioning. Not only is this necessary for your hard-of-hearing viewers, you need to realize that almost everyone watches videos on mute in their feeds because they don’t want their bosses to know they’re surfing Facebook at work. 🙂

Facebook gives you the ability to add closed captioning automatically, and it kind of works. Kind of. You can edit your words, but lately they changed something, so editing right now is hard and weird. But if you’re making a movie in iMovie or something, you’re going to have to add the captioning yourself. YouTube does it as well.

Rev.com will create the .SRT file (and other formats) needed for closed captioning for just a buck a minute of your video. And they’re so fast, at least for the short clips I was using. After I received the .SRT file, I used Camtasia on my computer to synchronize it with the video. Camtasia is a little pricey, especially for Windows, so you can also upload it to YouTube or wherever. It’s so worth the price to get Rev to do it for you.

Rev’s sister site is Temi.com, which is just 10 cents a minute! I use Temi to transcribe videos of my presentations so I can go back and choose clips for highlights, and things like that. It’s so easy, so fast.

Cons: It can get pricey if you have a lot of video, but it sure as heck beats having to watch hours of video to transcribe, right?

Not too long ago I tried out multiple tools that promised to transcribe in real time, including Microsoft Translator. This was the first time I tried the tool live. I’d give the overall experience a C+, but it probably would have been better if my sessions had fewer moving parts (like most presenters’ sessions).

To set it up, I started a chat on the Microsoft Translator app, and that gave me a link that anyone could use to enter the chat. Then I set the tool on Presenter Mode, which meant that it would transcribe anything I said into the tool. Attendees could enter in any language they preferred, so this is great if you have an international audience, or if your speaking to someone who speaks a different language.

As I spoke, the words would appear on everyone’s devices in real time. I wore my Apple AirPods (see my review), which have a pretty good microphone for speech. The transcriptions were pretty good, at least they were when I set it up with the early birds in the room before the presentation. I didn’t check on it throughout the session because, well, I was on a roll.

About 3/4 of the way through the presentation, I asked attendees how the transcription was holding up. They shook their heads because the session ended itself sometime earlier. Why this might have happened:

I don’t really know. But at any rate, it might be worth a try. BONUS FEATURE: On Windows devices, you can download a PowerPoint plugin that will show closed captioning on the screen as well as on people’s devices as in this video. That isn’t available on a Mac.

Pros: It’s free. It would be amazing if it really works.

Cons: Kinda not sure if it works.